Ton Elias (1955), former MP for liberal party VVD in The Netherlands, was born in The Hague and went on to study political science at the University of Amsterdam.
During his time as a student he quickly got involved in the university’s newspaper, Folia Civitatis, where he became editor.

This turned out to be the start of a long and varied career in journalism, first as a political reporter for Dutch public television (1982), after which he continued in the same position at the 1990- launched Dutch RTL-commercial television (where he i.a. got to host the election debates 1994) and on to a position as an interview contributor at a nationwide newspaper and occasional talk show host.

After his time as a journalist Ton Elias went to work (1995) as director of communications for a Dutch based multinational company (insurer Aegon), where he left to start (2000) his own communications firm, which he sold when he became an MP for the Dutch liberal party VVD in 2008.

Besides his chairmanship of the research committee for public ICT-failures, mr Elias is First Deputy Speaker, spokesperson on the topics aviation and media and member of the Presidium of the House.

Mr Elias lives in The Hague with his wife, who leads a headhunterscompany. He has two children in university. 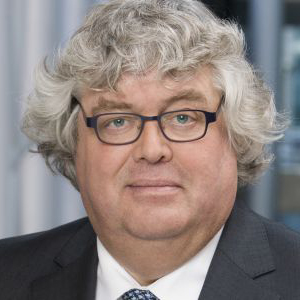